Peak Lighting Corporation was spawned in May 2007.

We expanded our automotive rotating manufacturing facility, venturing into LED and HID technology.

Peak Lighting launched into the Mining and Industrial sector with heavy duty fixed and mobile plant lighting solutions. With high output LED technology in its infancy, only a handful of manufacturers were capable of produce robust LED products. Peak Lighting invested heavily in this sector, obtaining numerous certificates and winning over major contracts.

An increase in demand for bespoke lighting solutions created opportunity and diversification in the heavy industrial sector. Peak had developed an internationally renowned name for robusticity and reliability, leading to the massive scale up as we consulted to over 30 major mining corporations. Peak was creating solutions for major lighting needs.

We understood the demand for large-scale fixed plant lighting, and so the Dominator was born. Unlike anything else on the market, the Dominator was designed to run continuously for 80,000 hours in the most extreme environments around the world. Uniquely developed 4 stage thermal management allowed the Dominator range to continuously provide light, no matter the circumstances. Peak changed the way major mining and industrial corporations operate throughout the night, with productivity and safety skyrocketing. 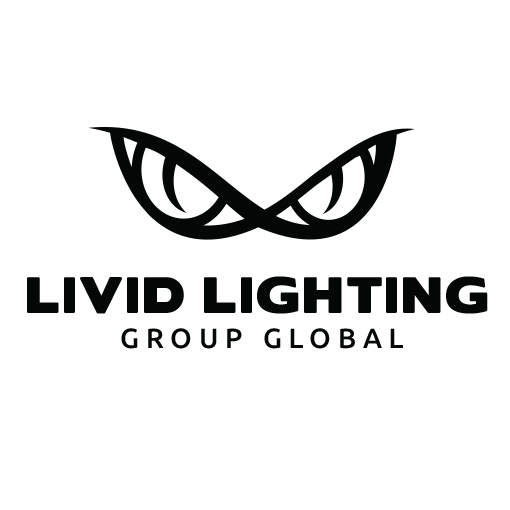 In 2014, Peak Lighting partnered with SMU Racing in the Australian Off-Road Championships. Eager to produce high performance dedicated driving bars, we thought motorsport would be a nice fit. SMU Racing was testing the newly developed Viper and Cobra LED driving bar before it went to market. Without surprise Matt Hansen ran the competition faster ever recorded time for the night stage, placing the lights as the catalyst for his record-breaking time.The first dedicated LED Driving Light, the Xplorer. Stemmed from the Blaster 100w which were used as mining work lamps, the Xplorer proved to be a huge success for the transport industry. State of the art technology saw more performance, for longer in the most treacherous terrain around the globe.

The WorkMate 24w & 40w was launched to the world in Early 2014. Robust, affordable and reliable, the WorkMate was a huge global success. Multiple models and the acquisition of a plethora of certificates, the WorkMate was a competitively priced solution that solved big problems. Peak Lighting was creating solutions, once again.

Late 2014 we launched Livid Lighting, the bespoke consumer range. Livid was designed to offer the transport and consumer industry reliable auxiliary vehicle solutions. The idea was to build the Livid range of products to the specification of our mining products. Offering an affordable solution that’s extremely robust and reliable promptly gain the attention of multiple major companies around the world. Livid was born.

The release of the ultra-powerful Hornet bar aligned with surging demand of EV mining vehicles. Uniquely designed, the Hornet is the smallest, most efficient lightbar Peak ever produced. It wasn’t long before the Hornet was fitted OE on many of the EV in international mine sites. The Hornet is still produced to this date, with no rivalry.

With an outstanding record of innovation and reliability, Peak was engaged to design and manufacture lighting solutions for large plant and machinery corporations around the world. From field service vehicles to drag lines, there is a high chance you’ve walked past a Peak lamp without knowing.

For the first time in 10 years of operation, Peak and Livid combine their experience and knowledge and combine forces officially in May 2017. A restructure of the company invites the Peak heritage into the Consumer space with the launch of Livid’s Mk2 range shortly after. The addition to our rotating manufacturing facility Peak Lighting was spawned in May 2007. We expanded our automotive rotating manufacturing facility, expanding the company and investing in HID technology. Peak Lighting worked in direct conjunction with major lighting system companies around the world to produce the first 230mm HID driving, which is still sold today.

Mid-June 2017, Livid rocks the lighting world with the launch of the HyperDrive Mk2. Featuring the first ever LED lamp to have application-specific TIR lenses, providing 30% more light than its predecessor whilst drawing 35% less power. Livid broke international waters in less than 3 weeks with this release.

Peak Lighting gains the attention of Australian companies. In August 2017, Peak Lighting becomes preferred fitment and Original Equipment for Ergon Energy, Energex fleet vehicles for all switch and handle work lamps. Dubbed as the only lamp that can perform with the conditions, Peak surpasses the requirements of industry standard.

July 31st 2017, Livid rocks the lighting world again with the launch of the Xplorer Driving Light. Following the HyperDrive Mk2, the Xplorer features application-specific TIR lenses, projecting more light than any other 60w Driving Light in the world.

February 2018, Livid rocks the lighting world again with the launch of the HyperDrive Mk2 Black Edition! We introduced the world to the first ever shadow chrome black LED Driving Light. The word spread quickly as customers were wanting something different, the Black Mk2 Driving Light even won the attention of fleet companies. Livid saw 600% growth as sales boomed.

In June 2018 we introduced Night Armour to the world. Night Armour offers a wide range of products that surpassed the performance of most in the industry, at an economical price. Night Armour was designed to be disruptive in the marketplace as customers could now opt for high-quality products, back with heritage at an entry level price.

From humble to beginnings to global leaders in LED technology and innovation, Livid Group will strive to push the boundaries of innovation as we proceed into the age of innovation and automation.